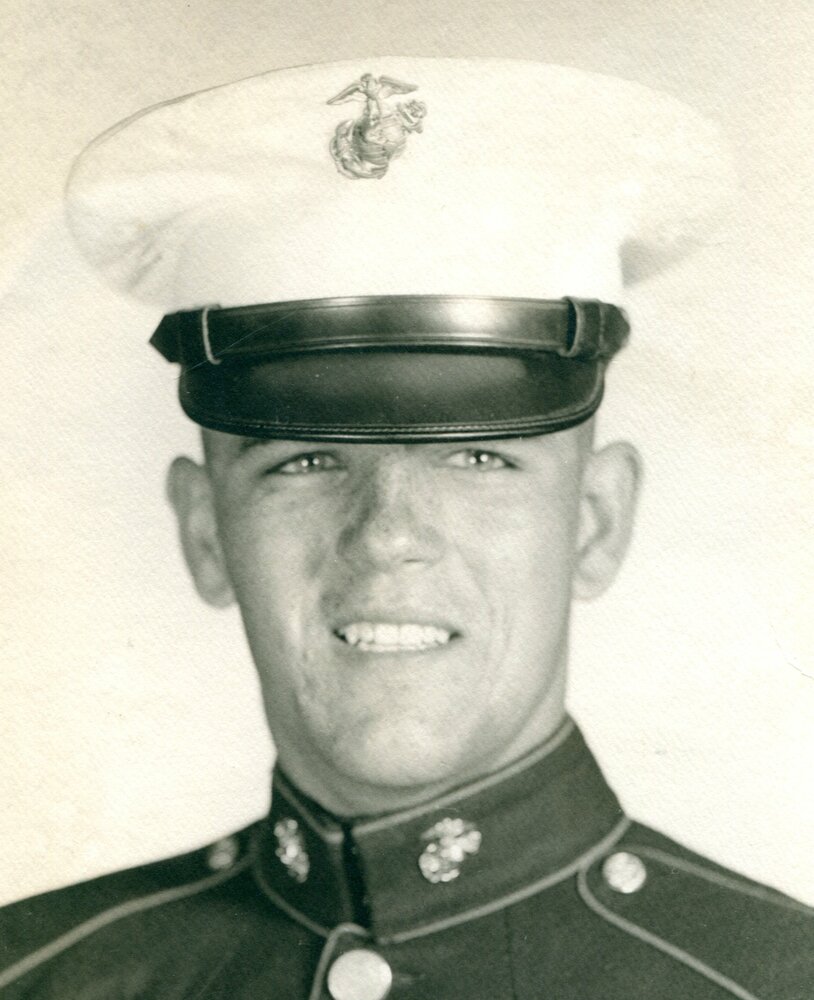 Please share a memory of Daniel to include in a keepsake book for family and friends.
View Tribute Book

Cohoes – Daniel J. Hogan, 81, of Cohoes passed away at Samaritan Hospital, Troy, on Sunday November 13, 2022.  He was born in Cohoes and was the son of the late Daniel and Mary Decatur Hogan.  He attended St. Patrick’s School and Keveny Memorial Academy in Cohoes.  He also took language classes thru the University of Maryland while in the service.  Dan served proudly for four years in the Marine Corps as a radio operator, serving in the East, also in the Med and Caribbean.  He was aboard ship off the coast of Cuba during the Cuban missile crisis as a radio analyst for foreign ship to shore communication.  He played basketball at Keveny and was a point guard for HQ Co 9th Marines in the far East League.  He also played 3rd base for shore party in the Camp LeJuene Night Time League.  Upon discharge he played two years for the Troy Marine Corps League and then for Walker’s Tavern in the Waterford Twilight League.  He loved watching the Boston Red Sox and Notre Dame football.  He was always eager to go to Fenway Park or to a Notre Dame game.  Dan served a four-year apprenticeship with sheet metal workers’ Local #83 with whom he stayed until his retirement in 1999.  During this time, he was elected to serve on The Executive Board twice and was elected Business Representative three times.  During this time, he was also elected to serve as the Secretary/Treasurer of the Plattsburgh and Saranac Building Trades.  He always enjoyed his yearly trips to Sarasota, FL to visit with his partner in crime John, and to Texas to see his daughter Staci and her family.  He is survived by his wife and best friend, Katie Marpe Hogan of Cohoes, his children Staci (Steven) Scott of Texas and Daniel P. (Brandy) Hogan of Colonie.  He is also survived by his four loving grandchildren Ian and Reid Scott, Chloe and Olivia Hogan who gave him countless days of happiness.  Brother of Ellen (late John) Tremblay, and the late Mary Mason and Stanley (Nancy) Hogan, also survived by nieces, nephews, grandnieces, and grandnephews.  Funeral services will be held on Friday, November 18, 2022, at 12:00noon at the DUFRESNE FUNERAL HOME, Inc., 216 Columbia Street, Cohoes.  Interment will follow in Memory Garden’s Colonie.  The family will receive friends at the funeral home on Friday morning from 10:00 to 12:00noon prior to the service.  Friends who wish to remember Dan in a special way may donate to the American Cancer Society in his memory.

Share Your Memory of
Daniel
Upload Your Memory View All Memories
Be the first to upload a memory!
Share A Memory
Plant a Tree