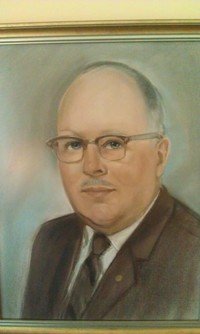 On September 1, 1909, Arthur Dufresne opened the Dufresne Funeral Home at the corner of Heart and Main Street in Cohoes.  At a time when most visitations and funerals were held in the family home, this began a century of “Service to All” which was Arthur’s motivating principle and has been the family’s legacy ever since.

In 1925, the funeral home was moved to 111 Mann Avenue and in 1949 to its present location at 216 Columbia Street.  These moves provided much needed space as changing times saw more services held from the funeral home itself.  The expanding business also gained much needed staff when Arthur’s two sons, Arthur E. and Ernest Dufresne, joined the company in July 1940, adding the second generation working in the family business.

By 1959, Arthur E. Dufresne then manager of the funeral home realized the continuing need for more space and better facilities.  He added a large room that would hold over 175 people, a casket selection room and a state-of-the-art preparation room.  He continued to upgrade the facility and the technology until his death in 1967.


By this time, the third generation of Dufresne’s were in the business.  Arthur’s son, Arthur V. Dufresne was the director of the funeral home and remained in that position until his brother, David E. Dufresne became the licensed manager in 1972.  The business continued to expand and upgrade under David and his wife Evelyn Benoit Dufresne and added a large parking lot and a new rear entrance, making the facility completely handicap accessible.

The fourth generation entered the business in 1991, when David’s son Mark joined his mother and father.  In 1993 Mark showed his commitment to improving the business by adding a totally computerized system and helping with the development of a newly remodeled casket selection room making casket, vault, urn and clothing selections much easier and more convenient.

Mark is married to Melissa Lawlor Dufresne and they have three children, Kylie, Matthew and Joshua – Matthew, the fifth generation of Dufresne’s is preparing to continue the family business as he starts College in the fall.

Customer trust, the backbone of any family business, has been built slowly but surely by this community-minded business over the last century.  The next century of service will certainly continue to show the Dufresne’s dedication to their mission – “Our family serving yours.”