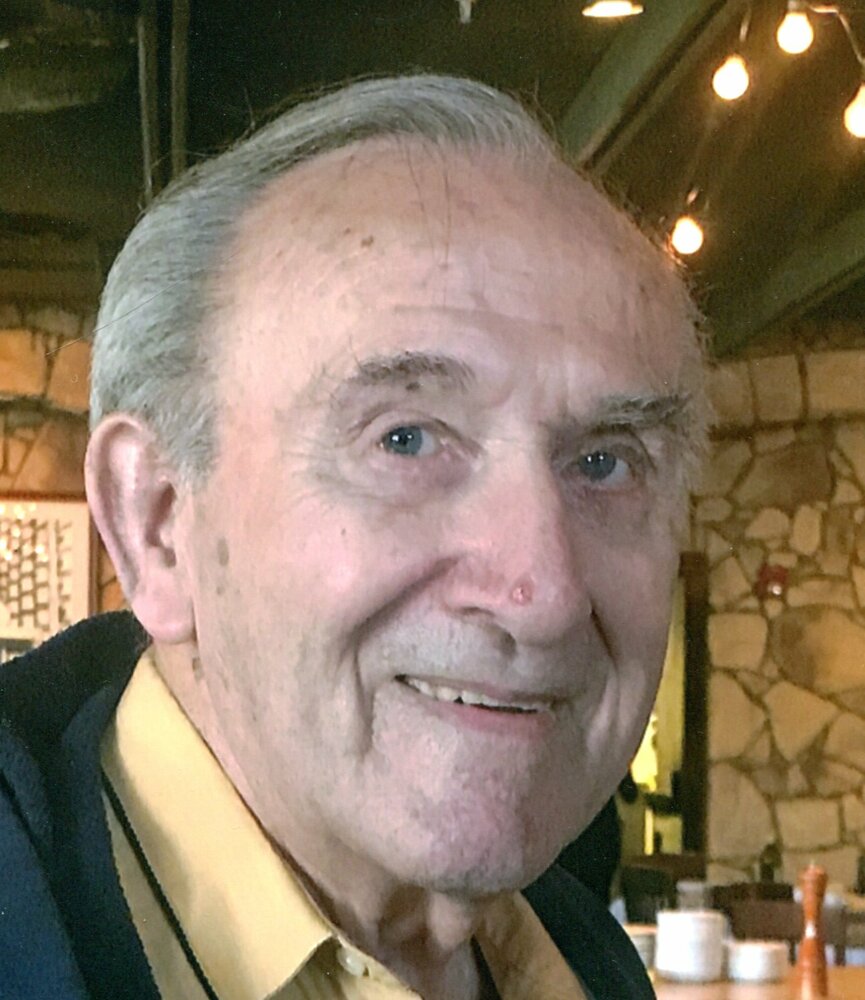 Please share a memory of William to include in a keepsake book for family and friends.
View Tribute Book

Cohoes – William M. Champine, 92, of Cohoes passed away on March 2, 2022. He was born in Hemingford, Quebec and was the son of the late Everett and Bertha Senecal Champine. Of the tens of millions of people in this country, fewer than can be counted on the fingers of one hand have a genuine and powerful gift of healing directly from the Lord with all the charisms described in 1 Corinthians 12. Fewer still are Catholic, and only one was Catholic and had a dynamic gift of healing with all the charisms of the Holy Spirit plus the stigmata and a secular leadership history, and that one person was William M. Champine, also known as William in the Light of Jesus. Since August 9, 1991, when his gift began on the birthday of St. Andre Bessette, by whom William was blessed as a baby, Mr. Champine conducted healing services in Roman Catholic Churches in New York State and across the country, as well as in public locations and in other Christian Churches. Reverend Robert Garrity, Professor of Theology at Ave Maria University and former pastor of St. Mary’s in Huntley, Illinois called him “my holy man,” when William conducted compelling healing services at St. Mary’s Church. Thousands of healings, including healings from heart disease, holes in hearts, cancer, shriveled thyroids, M.S., rare childhood diseases, arthritis, deafness, vision problems, mental and emotional issues, and spiritual issues including possession (exorcism) have occurred both in person and over the phone, as far away as Europe and China. Mr. Champine also had seventeen visions of Christ and felt acutely the wounds of Christ in his hands, which bore the impressions of nail marks and occasionally bled. Before his gift began, following a long string of ambitious jobs, and after a four-year Naval assignment as Personal Yeoman to Admiral L.D. McCormack, Supreme Commander of the North Atlantic fleet, he received a business degree and worked as an accountant, a bank comptroller, a computer programmer, and as an insurance and real estate broker. He also managed a Lazy Boy Showcase Shoppe, catapulting it to number one in the country. A third-degree member of Knights of Columbus, Mr. Champine served as Executive Director of the Model Cities Program in Cohoes, NY., all while married to the late Elsie T. Champine, with one daughter, Gemma E. Champine of Cohoes, who survives him. Well done, good and faithful servant. A Mass of Christian Burial will be celebrated at the Church of the Holy Trinity, Cohoes on Monday, March 7, 2022, at 10:30am. Interment will follow in St. Joseph’s Cemetery, Waterford. Relatives and friends are invited to call at the DUFRESNE FUNERAL HOME, Inc., 216 Columbia Street, Cohoes on Sunday, March 6, 2022, from 4 to 7pm.

Share Your Memory of
William
Upload Your Memory View All Memories
Be the first to upload a memory!
Share A Memory
Plant a Tree