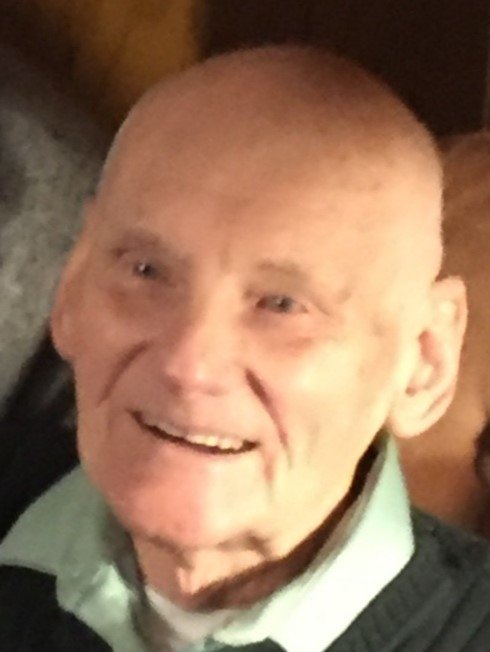 Please share a memory of Howard to include in a keepsake book for family and friends.
View Tribute Book

Howard C. Billings, Jr., 88, of Cohoes and formerly of Maplewood and Stillwater passed away at Van Rensselaer Manor, Troy on Tuesday, July 23, 2019.  He was born and educated in Troy and was the son of the late Howard and Marion Kehoe Billings.  He was an energy coordinator at Union College in Schenectady for many years. He was a member and served in various capacities at the Church of the Good Shepherd in Green Island.  He sang in various Barber Shop Quartets, Uncle Sam Chorus and Watervliet Cannonaires.   Husband of the late Ramona Twogood Billings. He is survived by his children, Susan Billings (Eileen Kelty) of SC, James (Glee) Billings of Troy, David Billings (Mary Spiak) of VA, Cathy  (Joseph) Mackey of Watervliet, Barbara (Odd) Volland of Maplewood, Bruce Heroux of Watervliet and the late Sandy Billings. Also survived by 43 grandchildren, great grandchildren and great great grandchildren and numerous nieces and nephews.  Brother of the late Patricia Roberts, Carol Adamyszyn and Paul Billings. Also survived by his companion Jill Walrath of Stillwater.  A Funeral Service will be held on Friday, July 26, 2019 at 6:30pm at the DUFRESNE FUNERAL HOME, Inc., 216 Columbia Street, Cohoes with Pastor Ken Scott officiating.  Relatives and friends may call at the funeral home on Friday from 4 to 6:30pm prior to the service. Inurnment in Oakwood Cemetery, Troy on Tuesday, July 30, 2019 at 12:00 noon. The family would like to thank the wonderful staff at Van Rensselaer Manor B2 Unit for all the care given to our Father.

To plant a beautiful memorial tree in memory of Howard Billings, please visit our Tree Store

A Memorial Tree was planted for Howard
We are deeply sorry for your loss ~ the staff at Dufresne Funeral Home, Inc
Join in honoring their life - plant a memorial tree
Online Memory & Photo Sharing Event
Online Event
About this Event

Look inside to read what others have shared
Family and friends are coming together online to create a special keepsake. Every memory left on the online obituary will be automatically included in this book.
View Tribute Book
Services for Howard Billings
There are no events scheduled. You can still show your support by planting a tree in memory of Howard Billings.
Plant a tree in memory of Howard

Share Your Memory of
Howard
Upload Your Memory View All Memories
Be the first to upload a memory!
Share A Memory
Plant a Tree