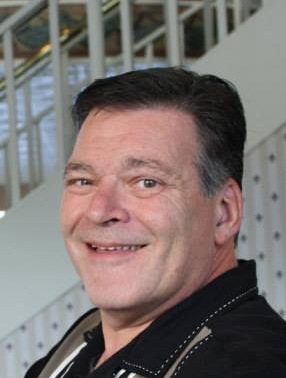 Obituary of Joseph A. Hughes

Joseph A. Hughes, 63, of Cohoes passed away at St. Peter’s Hospital, Albany on Thursday, July 18, 2019.  Born in Rome, NY, he was the son of the late Joseph Lloyd and Mary Jane D’Amore Hughes.  He attended Rome area schools, graduating in 1973 from Rome Free Academy and 1975 from Mohawk Valley Community College. Joe was a communicant of St. John the Baptist Church, Rome, NY and also attended First Baptist Church in Rome.  He became an organist/ accompanist at St. John’s Church at an early age and also worked at Nunn’s Funeral Service in their telephone answering bureau.  He moved to the Albany area in 1985 and worked for Traveler’s Insurance Company. He later worked for Capital Mutual Insurance Company, Town and Country Computer Services and Community Mutual Insurance Company, an affiliate of Union Mutual. In Albany, Joe was a substitute organist at St. Vincent De Paul, later becoming an organist and Director of Music at the Church of the Holy Trinity, Cohoes (formerly St. Marie’s Church) where he remained active until his illness prevented him from continuing.   Singing and playing the organ gave Joe tremendous joy and he used his unique gift to glorify God and inspire the congregation.  He belonged to the Cohoes Knights of Columbus Council #192, the Insurance Professionals of America and American Guild of Organists.  Joe became a friend to everyone he met in his parish, his business world and the community.  Joe is survived by his aunts, Rosemary D’Amore and Gloria Hughes both of Rome, NY, also by many cousins, all of whom he loved dearly, scores of friends and special acquaintances.  Additionally, Joe leaves his long-time friends, Jane Roach of Cohoes and her family, Barb and Dave Tebsherany of New Hartford, NY and their children, Michelle, Allie, Chris and Lauren, Bob Roach of Concord, NH, Tom Roach of Gainesville, GA and their families; Paul Califano, Cecilia Corigliano, Archie Burton, Bruce Smith and Ron Szalkucki.  Joe will be greatly missed by his beloved cats, Joel, Fitzie and Purrcilla.  Funeral Mass will be held on Monday, July 22, 2019 at 10:30am at the Church of the Holy Trinity, Cohoes where a Mass of Christian Burial will be celebrated.  Relatives and friends may call at the DUFRESNE FUNERAL HOME, Inc., 216 Columbia Street, Cohoes on Sunday from 2 to 5pm.  Interment will be in Rome Cemetery, Rome, NY on Tuesday at 12:00 noon.               Friends who wish to remember Joe in a special way may donate to the Church of the Holy Trinity, American Cancer Society or the Mohawk Hudson Humane Society in his memory. The family would like to thank Dr. Frank Fera, Dr. Gary Bakst, Dr. Barry Shuman, Dr. Joseph Dudek/NYOH and Our Lady of Mercy Life Center and their staffs as well as Union Mutual Insurance Company for all they have done for Joe throughout the course of his illness.

Share Your Memory of
Joseph
Upload Your Memory View All Memories
Be the first to upload a memory!
Share A Memory
Plant a Tree