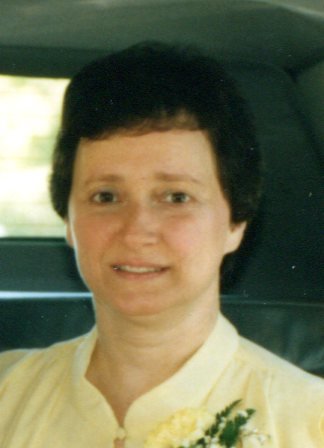 Please share a memory of Sally to include in a keepsake book for family and friends.
View Tribute Book

Marion “Sally” (Carlo) Archambeault, 76, passed away on June 22, 2019. Born in Schenectady, NY to the late John and Marion (Porter) Carlo on September 10, 1942, Sally was raised in Clifton Park and graduated from Shenendehowa High School. She married her beloved husband, the late Joseph Archambeault, Sr., in 1960, and lived the rest of her life in Cohoes. In addition to being a loving wife, mother, grandmother, and homemaker, Sally worked for the Cohoes City School District and the City of Cohoes in various capacities, serving as the Cohoes City Clerk for 21 years until her retirement in 2002. Sally was an excellent baker, and her date-nut bread became a well-known holiday tradition. She enjoyed NY Mets baseball, and bowling in her later years, but her favorite activity was spending time with her family. She was predeceased by her husband, Joseph Archambeault, Sr., in 1989, and is survived by her children, Joseph (Sheila) Archambeault, Jr. of Amsterdam, Denise (Stephen) Napier of Cohoes, and Deborah Archambeault of Centerville, OH, her grandsons Stephen (Jeremy Sherman) Napier, Jr. of Cohoes, Brian (BreAnn) Napier of Cheyenne, WY, Joseph (Leta) Archambeault, III of Mechanicville, and Kevin Napier of Ann Arbor, MI, three great-grandchildren, her sisters Sandra (Neil) Olsen of Ooltewah, TN and Susan (John) Burke of Maitland, FL, and several nieces and nephews. Sally is also survived by her companion of many years, Steven Melita of Cohoes. Funeral Tuesday 10AM at the DUFRESNE FUNERAL HOME, INC. 216 Columbia Street Cohoes with Rev. Nick TeBordo Officiating. Interment St. Agnes Cemetery, Cohoes.Relatives and friends are invited to call at the funeral home on Monday from 4 to 7PM.

Share Your Memory of
Sally
Upload Your Memory View All Memories
Be the first to upload a memory!
Share A Memory
Plant a Tree