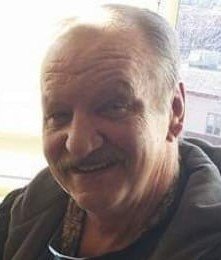 John J. (Jack) Fitzgerald, 67, of Albany, passed away at Albany Medical Center on Wednesday, October 24, 2018.  Born and educated in Albany, he was the son of the late John and Catherine Fox Fitzgerald.  He was a US Army veteran and belonged to the VFW in Albany.  He worked for the US Postal Service as a mailman for many years in Albany and later as a Security Guard at Beverwyck Retirement Community in Slingerlands.  He was an avid NY Yankees fan.  Survived by Noreen (Kevin) Shea of South Carolina, Donna (Bob) Winant of Ma, Angelo (Patty) Altieri of Albany, Carol (John) Coluccio of Albany and Michael (Maureen) Fitzgerald of Ma., also survived by several nieces and nephews.  Relatives and friends are invited to attend a service at the Gerald B.H. Solomon Saratoga National Cemetery, Schuylerville on Wednesday, October 31, 2018 at 12:00 noon.

Share Your Memory of
John
Upload Your Memory View All Memories
Be the first to upload a memory!
Share A Memory
Plant a Tree