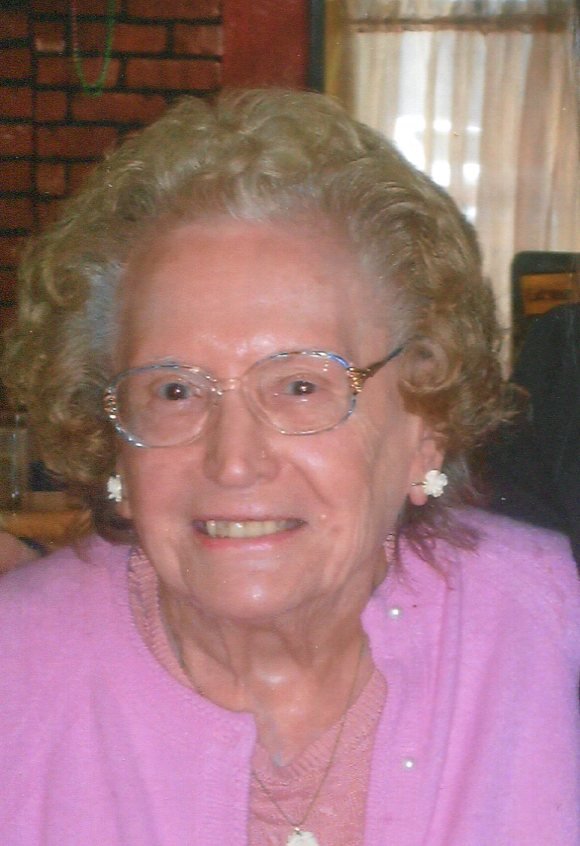 Northside – Berthe L. Bourgeois Coutu, 97, formerly of Northside, passed away at Saratoga Hospital, on Wednesday, June 13, 2018 surrounded by her loving family.  She was born in Napierville, Canada on November 14, 1920 and moved to Waterford, New York at the age of six with her parents, Alice Dufresne Bourgeois and Pierre Bourgeois and her nine surviving siblings. Berthe was educated at St. Anne’s School in Waterford and graduated in 1938 as the Valedictorian of St. Bernard’s Academy, Cohoes, later known as Keveny Memorial Academy.  She then attended Albany Business College, where she was awarded the Alpha lota Scholarship prize for ranking highest student for the graduating class of 1939.  Upon graduation, she was appointed to the staff at Albany Business College as an examiner and stenographer until 1942.  From 1942-1950, Berthe was employed as a secretary at Hudson Valley Fuel Corporation in Troy (later known as Niagara Mohawk Corporation).  She married her beloved husband of 44 years, Knowlton Emile Coutu, on June 15, 1947.  In their early married years, they lived in Cohoes and then in Newburgh from 1950-51.  While there, she was employed as a secretary at E.I. Dupont de Nemours until the birth of her son, when they relocated to Waterford.  She remained there until 2006.  For the last several years, Mrs. Coutu lived with her daughter in Ballston Lake, New York.  She was a wonderful wife, mother, homemaker and friend.  Her unwavering Christian faith and devotion to St. Anne helped form the foundation of her character and strength.  Many of her social activities centered around St. Anne’s Church in Waterford, where she was an active member and Officer of the Ladies of St. Anne until its closing in 2003.  Additionally, she enjoyed membership in the Cohoes, Green Island and Clifton Park Senior Citizens.  At the Cohoes Center, she became a line dance instructor, volunteered her many talents and enjoyed traveling on their excursions with her husband Knowlton, until his death on May 3, 1991.   Until the end, she thrived on keeping up to date with national news, the political scene and current events and had an outstanding ability to recall dates.  Among her numerous accomplishments, and there were many, perhaps her greatest legacy is instilling family values in her children and grandchildren, who appropriately deemed her “The Queen of Hearts.”  She was the nucleus of the family and the one whom her family looked to for guidance and well-being.  She brought so much joy and credence to her family, she will be missed more than words can say.  In addition to her parents and husband, she is predeceased by her siblings: Laurina, Harvey, Omer, Bernard (born 1908) Bourgeois, Aline Fleury, Jeannette Bourgeois, twins Marguerite Berthiaume and Claire Arneault, Laurent, Bernard (born 1917) and Albert Bourgeois.  Berthe is survived by her two children, Ronald (Jeanne) Coutu of Wilmington, MA and Nancy (Daniel) Lawler of Ballston Lake, NY.  She was blessed with six grandchildren: Aimee (Rory) Warford, Jill and Brian Coutu all of Wilmington, MA; Scott, Mark (fiancée, Ivy Baal) and Lauren Lawler of Ballston Lake, NY, as well as three great grandchildren, Layne Coutu, Logan and Aurora Warford of Wilmington, MA.  Her loving sister, Pauline Bourgeois of Cohoes survives, along with several nieces, nephews and many lifetime friends. The family would like to thank Mom’s dedicated personal care assistants: Anna, Isabel, Maravic and especially Kaylee Bessette, who served faithfully to Mom for six years.  They all not only provided excellent care, but also became a part of our family.   Funeral Saturday 10:00am at St. Mary the Assumption Church, Waterford where a Mass of Christian Burial will be celebrated by her nephew, Reverend Donald Bourgeois.  Interment will follow in St. Joseph’s Cemetery, Waterford.  Relatives and friends are invited to call at the DUFRESNE FUNERAL HOME, Inc., 216 Columbia Street, Cohoes on Friday from 4 to 7pm.

Share Your Memory of
Berthe
Upload Your Memory View All Memories
Be the first to upload a memory!
Share A Memory
Plant a Tree