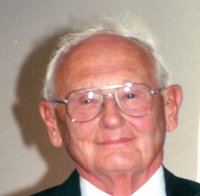 John C. Deubel, 98, of Clifton Park, passed away peacefully at Wesley Health Care Center, Saratoga Springs, NY on Wednesday, March 31, 2021. He was born in Dresden, Germany and was the son of the late Karl and Doris Wurdig Deubel. He graduated from Troy High School in 1941, studying Industrial Arts, Machine Shop Technology. He arrived in the U.S. in 1926, residing in various New Jersey locations. Located to upstate New York in 1939, eventually settling in Petersburgh. He served in the U.S. Army from 1943-1945; European Theatre of Operations with 61st Engineer Combat Battalion. John worked for the Department of Defense, at the Watervliet Arsenal, retiring as a technician in 1988. He was an avid alpine skier, enjoyed sailing, hiking, biking, physical fitness, reading, travel, mechanics, and kayaking. Lived at Coburg Village in Clifton Park after the death of his wife Marjorie, where he was very happy. Husband of the late Viola McConnell Deubel and the late Marjorie Pearson Deubel. He is survived by his daughter, Mary (Steve) Flood of Ballston Lake and Father of the late John Deubel, Jr., and William M. Deubel. Father in-law of Diane Deubel of Cohoes, grandfather of Christopher, Shannon and Ryan Flood, Barbara Deubel and Marie Garnett, also survived by 9 great grandchildren. Funeral services will be held at a later date at the convenience of the family.